Visual Learning - the power of seeing over reading

We all know it's easier to remember faces than names - recognizing a former colleague after many years but unable to remember his or her name. And we often identify a movie after only a few seconds while someone explaining the plot leaves us completely blank.

Visual up to 60,000 times faster than verbal

Why our brains are so well adapted to visual information, compared to written, is not difficult to understand. A hunter who reads a book to identify an animal is more likely to be prey than predator!

Visual Alone is Not Enough

However, in the context of work - any work (getting things done) - visual alone is not enough. Imagine a PowerPoint presentation without any words. The audience would be baffled, at best, and likely misunderstand what the author was trying to communicate.

How Well Do We Recall Information?

“Words are essential to visual language. They give conceptual shape to the communication units and supply the capacity to name, define and classify elements and to discuss abstractions,”

*Visual Language and Converging Technologies in the Next 10-15 Years (and Beyond), 2001.

“…unless our words, concepts, ideas are hooked onto an image, they will go in one ear, sail through the brain, and go out the other ear. Words are processed by our short-term memory where we can only retain about seven bits of information (plus or minus 2).... Images, on the other hand, go directly into long-term memory where they are indelibly etched.”

The power of images combined with text

The idea that images combined with text are much more useful and powerful than either images or text alone is the guiding principle of the Marine Diesel Basics series.

From my own experience, I know that once I've seen something I can probably figure things out, with a little textual help. But if I'm not familiar with a piece of equipment, then no amount of written information can adequately explain the process or what needs to be done. 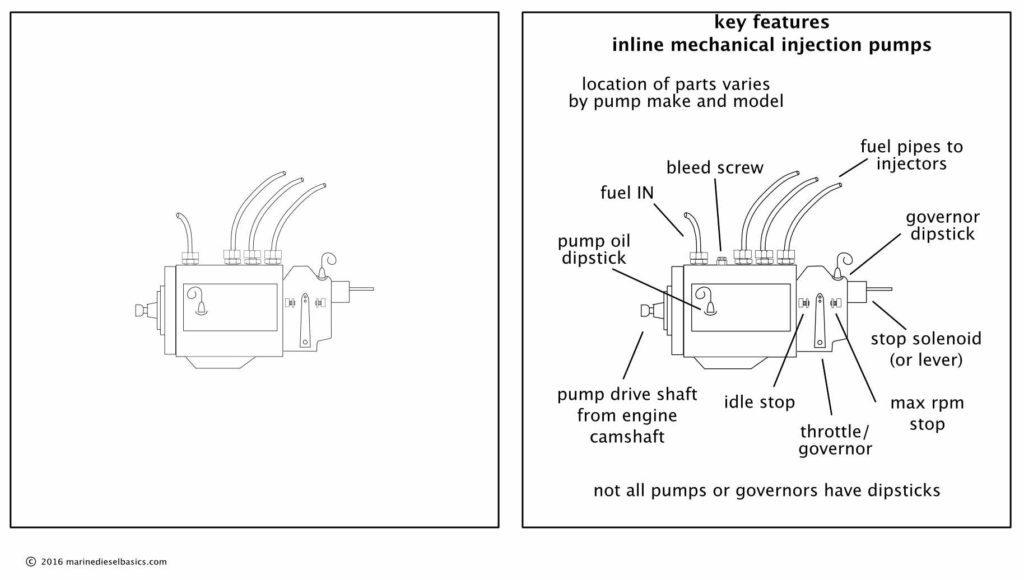