The Purpose of an Engine Thermostat

The purpose of the thermostat in a diesel engine is to help keep the engine at its optimal operating temperature (generally around 87.8o C (190 oF). 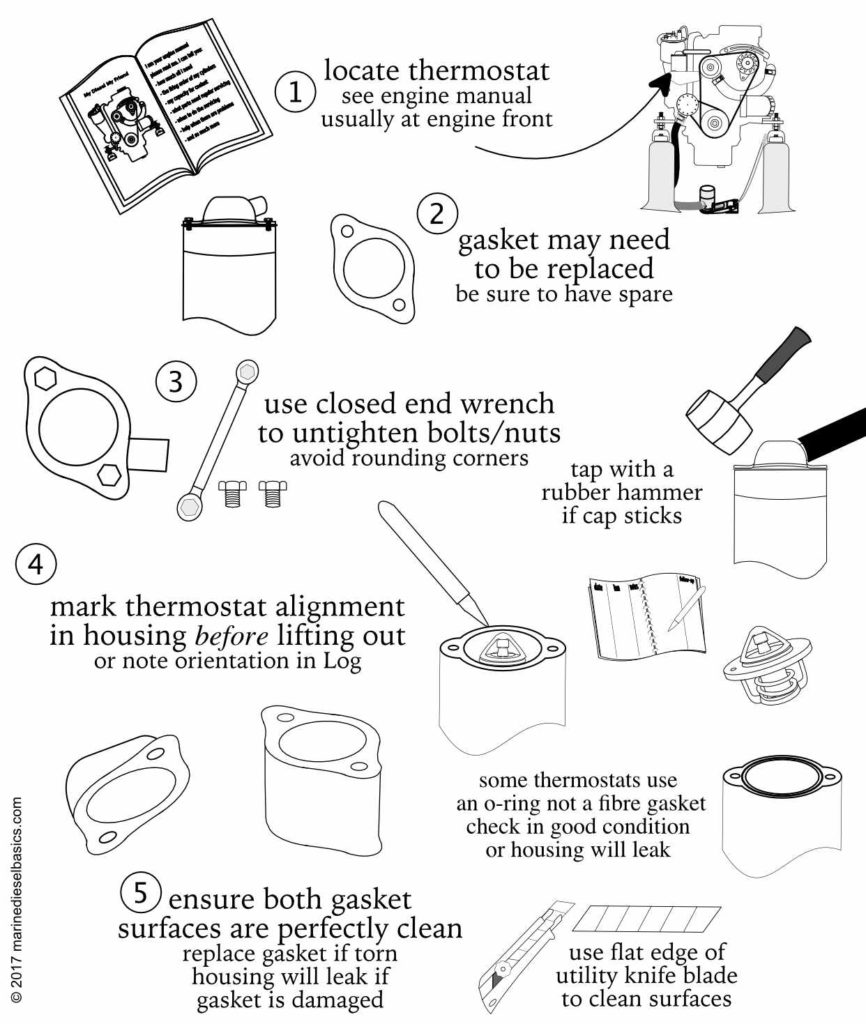 A thermostat has two important functions which help keep an engine at its optimal temperature:

Stays Closed - the thermostat should be closed when the engine is cold so that the block can reach its optimal operating temperature as quickly as possible. With the thermostat closed, coolant circulates inside the block but does not pass through the heat exchanger, where it would be cooled. Raw water from the raw water pump bypasses the engine but still flows through the heat exchanger and exhaust elbow.

In a direct cooled engine, the water by-passes the engine block but still flows to the mixing elbow in the exhaust elbow.

What happens if the thermostat is removed depends on the design of the engine. In some (mostly marinized "land" engines), the engine will likely run cool for much of the time which will promote carbon build-up, because the engine does not come up to temperature. In marine engines, the raw water by-pass will remain open, thus allowing the engine to overheat.

If the thermostat does not open, the engine will overheat, causing a temperature alarm to sound and risking engine seizure.

Thermostats are generally very reliable, but should be removed if:

Be sure to have a new gasket ready before opening the thermostat housing, because the old gasket will likely tear (due to age and heat). If a torn gasket is re-used it will likely leak under pressure.